Killers in the House 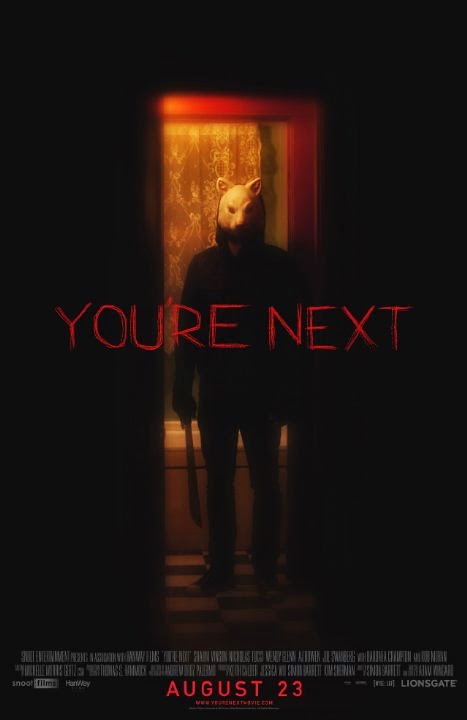 What It's About: The Davisons are a big, screwed-up family gathered together for a wedding-anniversary celebration. Naturally, this means some of them are at each other's throats, while others are bringing new faces into the fold, such as Crispin's girlfriend Erin. What the family doesn't know is that they're being watched by a group of animal-masked killers who have already murdered the neighbors and are now preparing to close in on the Davisons' sprawling manor house and turn their reunion into a bloodbath, working their way through the ranks of the clan one at a time, with no phones, no cars and no one nearby to hear them scream for help. 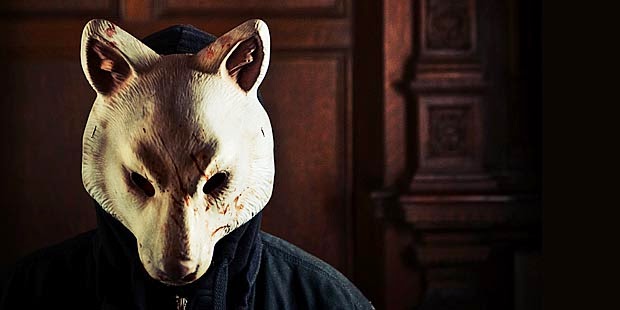 Why You Should Watch It: Well, that's the setup, anyway. Like The Cabin in the Woods, You're Next is a post-Scream movie. It just tackles the "how and why" of the slasher genre from a different angle. In this case, nothing goes right for the killers. This is partly because they're just as human as the people they're trying to murder. The typical "scourge of God" moral pecking order you see in slasher movies means nothing, as they're in it for money, not to punish people for smoking pot or having sex. They indulge in sadistic games. The lack of cell phone reception and the cars that just don't seem to start when you need them to are justified here, as the killers have a signal jammer and sabotaged the vehicles. They have trouble killing a few people, as the human body isn't half as flimsy as is often depicted in horror movies. And they make mistakes. One of the biggest is limiting their field of vision by wearing those creepy masks, which proves fatal in one case.

The other is their failure to account for the fact that quiet, mousy Erin was raised by a crazy survivalist in the Australian outback. 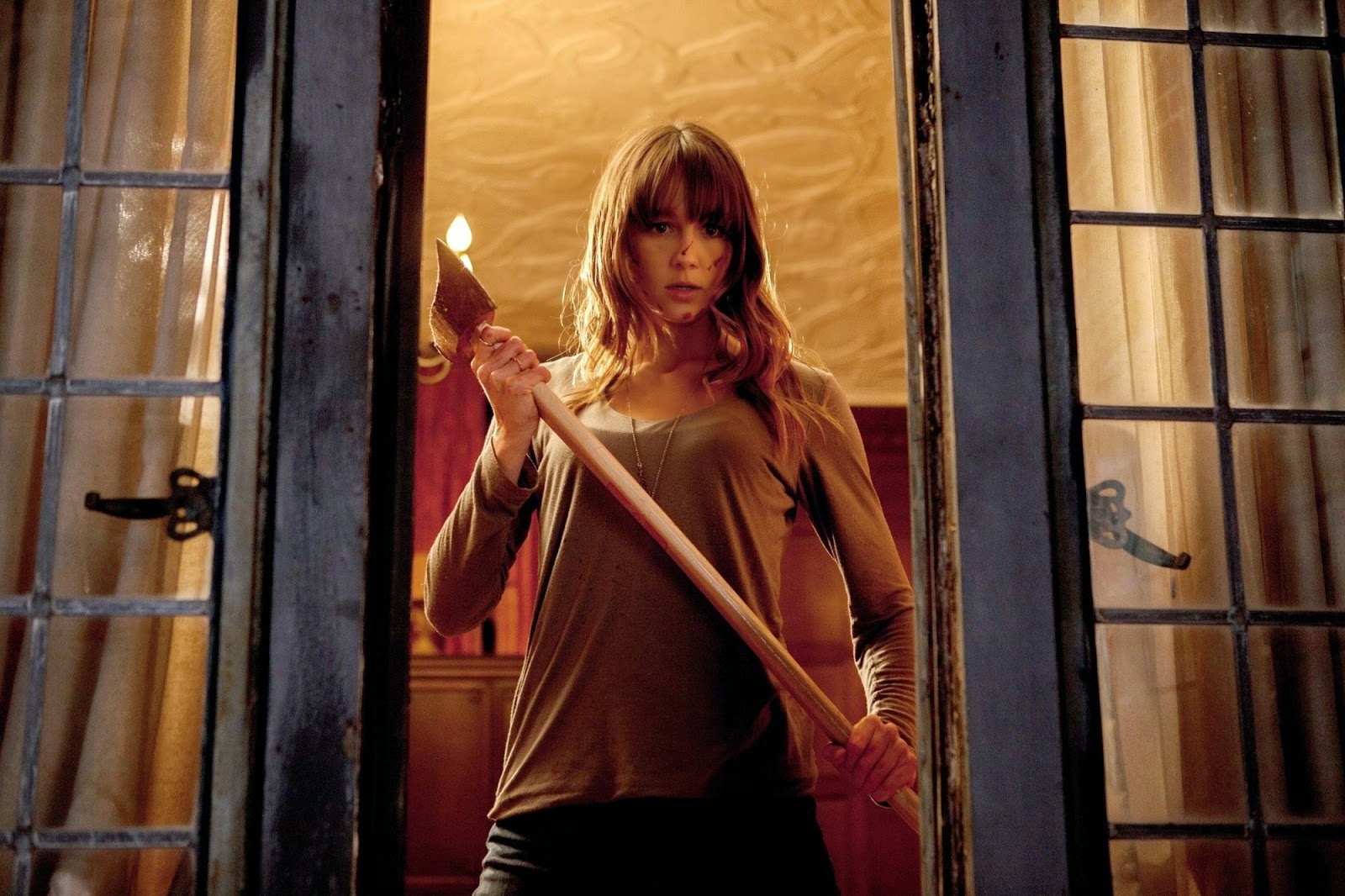 As things go increasingly off the rails for the slashers, they find themselves on the opposite end of the knife (and ax, and crossbow), and by the end of the movie, they're the ones running and hiding from Erin as she sets deadly traps and uses their own weapons against them. Killer and victim switch positions with increasing frequency throughout, and it's unclear who the most frightening person in the movie really is. This is the part that the trailer below doesn't really advertise, and the movie might have done a bit better if it had been marketed as what it is -- horror on the surface, dark comedy lurking just underneath, with Erin and the masked men tearing the "Slasher and Final Girl" dynamic limb from limb.

The dialogue is snappy and the characters likable, so the first twenty minutes or so we spend before the assault begins don't drag or overstay their welcome. Writer-director team Adam Wingard and Simon Barrett have done some fun work lately in the VHS movies, which I'll get around to on here at some point. You're Next may have been a little mismarketed, but it's worth the watch if you have a strong stomach. (Wingard and Barrett's work tends to be pretty damn gory.)

Trivia: Tariq, the killers' first victim, is played by Ti West in a cameo. West is the writer/director of The House of the Devil, The Innkeepers and The Sacrament, all of which I'll review on this blog sooner or later.