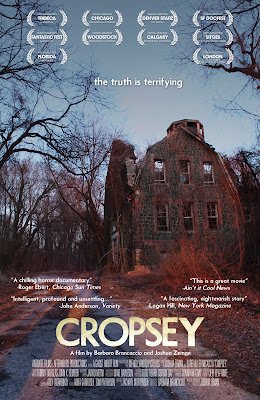 The current popularity of Netflix's Making a Murderer reminded me of Cropsey, a documentary by Josh Zeman and Barbara Brancaccio that doubles as a creepy horror film and an exploration of urban legends. Growing up on Staten Island, which is apparently an all-around terrifying place, Josh and Barbara heard the legend of Cropsey - a word of uncertain origins that came to be synonymous in New York State with any violent maniac, but also took on a sort of life of its own, often referring to a specific person. Cropsey is the boogeyman, the man with a hook for a hand, the axe-wielding escaped mental patient who prowled all those areas kids and teens weren't supposed to mess around in. The same legend, told around campfires as early as the 1960s, provided the inspiration for the early slasher films The Burning and Madman.

This particular legend turned out to be true, in a sense, when the disappearance of a 12-year-old girl with Down syndrome, Jennifer Schweiger, in 1987. The manhunt led to Andre Rand, a former custodian at the Willowbrook State School - a severely overcrowded and understaffed state-sponsored institution for the intellectually disabled in which students lived under truly hellish conditions and suffered physical and sexual abuse at the hands of the school's staff until the late 1980s, after over two decades of controversy and scandal. It was Willowbrook that made a name for Geraldo Rivera and earned him a Peabody Award after he conducted a series of investigations into the school's deplorable conditions in 1972. 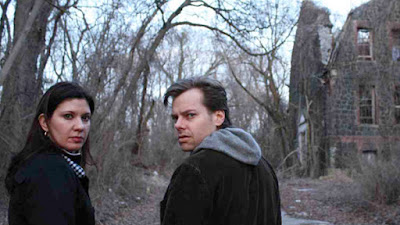 Rand, born Frank Rushan, lived in the woods of Staten Island and haunted the derelict buildings of the Greenbelt and the tunnels beneath Willowbrook, where he once worked, where Cropsey lurked, and where rumors of cults, devil-worship and human trafficking took root. Suspected of kidnapping and murdering five disabled children over the course of fifteen years, he was, to the local residents of the island, the boogeyman made flesh. Cropsey, the legend come to life. He remains in prison - but there's still a great deal of speculation as to whether he committed the crimes in the first place. Evidence was a combination of circumstance and hearsay, and witness testimony was unreliable, sometimes nothing more than "Well, he sure looked like a murderer to me."

There were no answers at the time of Rand's trial. There may never be answers. The people of Staten Island may never know where the bodies of several of Rand's alleged victims are buried, and they may never know if Rand was wrongly accused of the crimes despite a prior criminal record that involved the kidnapping of eleven minors in a school bus, none of whom were harmed. Cropsey is a documentary focused on personal truths and the eagerness with which people believe exactly what they're told if it allows for catharsis and closure. As one interviewee says, he could show a person a picture of Andre rand and tell them he's a mass murderer, and that person would of course say "Yes, I can tell, he's a monster." And he could show that same person the same picture and tell them "This man saved six kids from a fire," and that person would say "Yes, I can tell just looking at him. He's a good man." 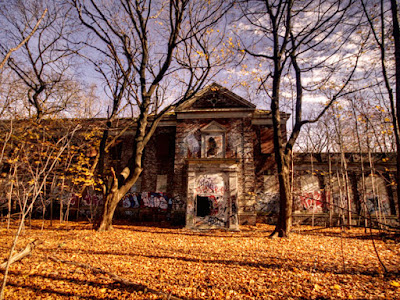 Zeman admits, in the end, that the movie found no more answers than anyone else - all it did was to provide another chapter in the Cropsey legend for future generations to discuss around campfires and in old buildings at night, where the hook man or the axe murderer might, in fact, be waiting for his next victim. We invent our own monsters in order to avoid facing the ugly truth, that people, just people, are capable of unimaginable evil. "The power of the urban legend," Zeman says, "is that it doesn't claim to be the truth, but rather that is says the truth is a range of possibilities, and it's the audience who must decide.