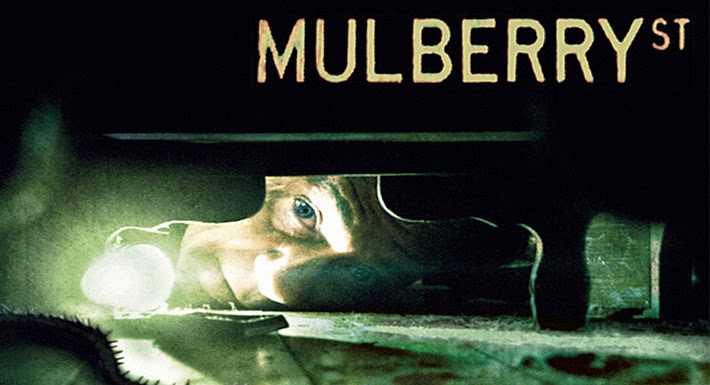 2006 saw the first annual After Dark Horrorfest, which was a pretty good idea, even if most of the movies were crap. Basically, they'd release eight independent, low-budget horror movies every year, including a couple of foreign films (Reincarnation, from Japan, and Frontier(s), a nasty little near-future French thriller set as riots overtake Paris after a right-wing extremist political party comes to power). This was to go on for four years, the last being in 2010, after which any new entries were released direct-to-video as After Dark Originals. Like I said, most of them are pretty bad, but there are a few solid entries.

One of my favorite After Dark films -- from the second series, released in 2007 -- is Mulberry Street, which is probably the best 28 Days Later ripoff out there. I'd say it's actually probably almost as good as 28 Days Later, which is impressive, considering that 28 Days was a polished, professional effort by an already well-respected writer-director team (Danny Boyle and Alex Garland), while Mulberry Street is an indie movie in every respect, and a first effort for everyone involved.

Mulberry Street brought to my attention one of my favorite horror directors to come out of the last ten years or so -- Jim Mickle, who also directed the post-apocalyptic vampire movie Stake Land and, more recently, We Are What We Are (all, incidentally, available on Netflix and worth watching). Set in downtown Manhattan on a hot summer day, the movie mostly takes place in an old tenement building that's recently been bought up to make room for more lucrative real estate. Clutch -- more or less our main character, played by Mickle's frequent collaborator Nick Damici -- is waiting for the return of his daughter Casey, recently arrived in New York after a tour in Iraq. As reports come in from all over the island, advising residents to remain indoors due to a pandemic being rapidly spread by infected rats, Clutch, his roommate Coco, his neighbor Kay and her teenage son, and resident curmudgeons Charlie and Frank barricade themselves inside the building and deal with an all-out siege by vicious rat-people that basically stand in for fast zombies. 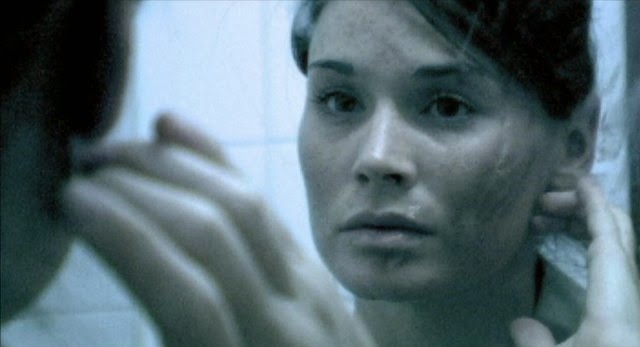 Meanwhile Casey, heavily scarred both emotionally and physically from her tour of duty in the Middle East, realizes something's going very wrong very quickly and makes her way through Manhattan on a stolen bicycle, trying to reach her father's apartment while he searches for her in the streets. She's more than capable of taking care of herself, but she's in for a hell of a night, all things considered.

There's a lot to like about Mulberry Street. The characters' relationships and backstories are never explained outright, there's very little exposition at all, but we come to care about them anyway by the time the shit hits the fan. One of the more interesting things about the movie is the fairly heavy implication that Clutch is gay and, at the very least, was romantically involved with Coco in the past. Coco refers to Casey as "our little girl," and is clearly jealous of Kay's flirting with Clutch. For Clutch's part, he's markedly disinterested in Kay's flirtations, and his reaction to the fates of both characters is telling. Clutch and Coco aren't defined by this -- it's just one more facet of their characters. Everyone's surprisingly realistic, and none of them are morons who go outside at night to investigate strange noises and other such nonsense. 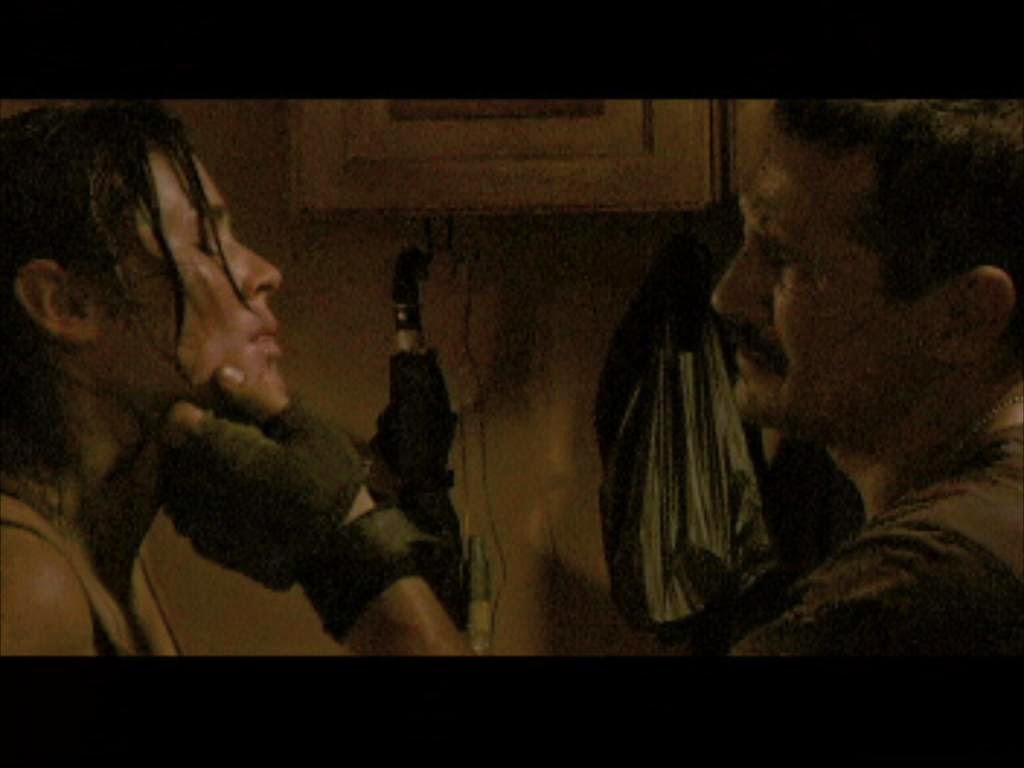 The whole film is well-paced, the camerawork is stylish, and the scenes on the quarantined, ratman-infested Manhattan streets during the night have that sense of raw nocturnal dread I noted in my reviews of Absentia and Munger Road. There are some decidedly bad special effects -- the rat makeup can look pretty goofy at times, and whenever something is set on fire or explodes it's clearly a cheap CGI effect. A lot of what works in Mulberry Street, I think, works because of its nature as an indie film. The actors are mostly Mickle and Damici's friends and family (a valuable resource for any indie filmmaker, as noted in my interview with Matthew Pillischer last month), and the characters are based on real people from their own tenements. By modern standards, the movie was made for practically nothing with a budget of $60,000, $10,000 of which came directly from the pocket of Tim House, who plays building super Ross.

Maybe it's not the most unique of premises, but the execution is interesting enough to entertain you for an hour and a half.